“The mission of Mark Twain Medical Center is to improve the health of our greater community by providing quality health care services, exceeding the expectations of those we serve.”

The Calaveras County Fairgrounds is the 39th District Agricultural Association.  We are an agency of the Division of Fairs & Expositions, Department of Food & Agriculture.  The DAA is governed by an appointed board of directors.

Hunt & Sons, Inc. is a California-based petroleum products distributor. Operating from its headquarters in Sacramento, Hunt & Sons, Inc. family-owned business, and has been in operation for more than 70 years. Hunt & Sons owns and operates 13 office and warehouse facilities, 38 commercial cardlock fueling sites, and more than 200 employees.

In 1895 James A. Tower was only 16 years old when, using barbed wire fencing, he strung the first telephone line for what was to become The Calaveras Telephone Company. As demands for the telephone service increased, the young Mr. Tower found it necessary to establish a central office in the small community of Felix near the town of Copperopolis. Then in 1899, Mr. Tower, now 20 years old, negotiated an agreement with Sunset Telephone Company that would connect his subscribers by telephone with the rest of the world.

James A. Tower died in 1936 at the young age of 56, leaving his wife Laura and their young son Howard, who was 13 years old at the time, responsible for the operation of the company. In 1950, Mr. Howard Tower, then 27 years old, installed the first automatic switching equipment in the county. This meant that Laura no longer had to operate a manual switchboard. By 1962, all unsightly telephone lines had been buried underground and The Calaveras Telephone Company was operating out of their new modernized buildings in Copperopolis and Jenny Lind.

Today we are proud to say Calaveras Telephone Company is still family owned and operated.

“Adventist Health Sonora is proud to care for this community with an extraordinary medical team of world-class physicians and specialists, top-notch medical technology, caring professionals, and award-winning quality — all right here, in the heart of the Mother Lode. And when you do come to see us, regardless of the reason, you can be assured we’ll do everything we can to return you to the life you want to live.”

Sierra Pacific Industries is based in Anderson, California. The company owns and manages nearly 1.9 million acres of timberland in California and Washington, and is among the largest lumber producers in the United States. SPI is committed to managing its lands in a responsible and sustainable manner to protect the environment while providing quality wood products and renewable power for consumers. To SPI, sustainable forest management means more than just planting trees.

Since 1867, Bank of Stockton has been providing the best in banking services to generations of families and businesses and is the oldest bank in California still operating under its original charter. We offer the most innovative ways to bank, from our mobile app with mobile deposit, to a suite of cash management products second to none.  We have all the products to fit your financial needs combined with the personalized service you deserve. The Bank has 20 branches located in Stockton, Lodi, Tracy, Ripon, Manteca, Oakdale, Pine Grove, Angels Camp, Rio Vista, Elk Grove, Modesto, Turlock, Sonora, Brentwood, Napa, and Fairfield.  We invite you to visit our Angels Camp office at 229 S. Main Street to open an account and join our list of happy customers! 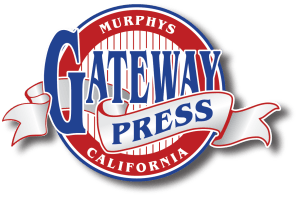 We put ink on stuff

Gateway Press is a commercial screen printing company that was established by Walt Markus in 1981. We have in house Graphic Artists and all the printing facilities to do Bumper Sticker, Signs, Decals, Metals and other substrates. 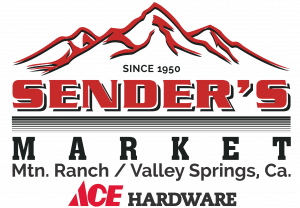 In 1950, we started out as a family operation with Erich’s father and mother, August and Freida Sender, in a century-old adobe building. The upstairs was home to the Sender family, and the first floor included groceries, a meat market, a bar, and a small eating place called Opa’s Smokehouse. On Christmas morning in 1968, the old store was destroyed by fire. But in June 1969, Sender’s Market, Inc. was opened. Since that time, there have been many changes, including remodeling, expansion, and the addition of many employees. That’s also when we added the truss plant and purchased Sender’s Market Ace Hardware in Valley Springs. Today, we’re still family owned and still working hard to stock everything from pantry essentials to power tools. Whether you’ve got questions about the perfect cut of meat or the right kind of paint, our helpful, knowledgeable staff has you covered.

“Through community collaboration, we serve as the stewards of a community health system that ensures our residents have the dignity of access to care that provides high quality, professional and compassionate health care.”

Our brands and partners are CALIFORNIANS. We promote advocacy, love of our state and these mountains. This is the greatest place to ride and live on earth. 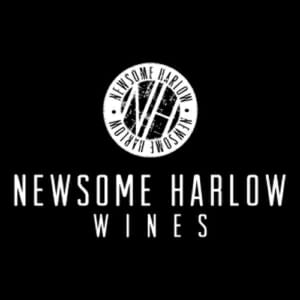 The gang here at Newsome Harlow is singularly focused on the experience of our customers. Our goal is to pay particular attention to your tastes in wine so that we may bring to you the wines and stories that are tailored to your preferences.

Furthermore, we may be winemakers and wine marketers, but we are wine drinkers first. So we get that not everyone cares how many awards our wines have won, that we work with some of the greatest Zinfandel vineyards in the Sierra Foothills or that the small batches of wine we produce are becoming harder and harder to get.

Most people care that our wines taste good. Really good. And we get that. That’s why we pay attention to the details — we walk the vineyards, we know the land, and we steward the greatest wines we possibly can into existence — and let you reap the rewards.

We care deeply about our customers and the quality of service we provide to them. We have grown our company in our hometowns of Groveland and Sonora since 2008, and our first customers were family, neighbors, our old school teachers, and friends. As word has spread about what we do and the access we offer, our number of customers and new friends has grown. It is our goal to give our customers the best and fastest internet connection possible using top technology. We do so with a friendly smile and a neighborly wave.