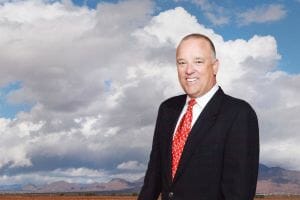 Sports Illustrated calls Roger Crawford “One of the most accomplished physically challenged athletes in the world.”

After realizing tremendous success on center court as a Division 1 athlete, he took his talents to center stage and became a motivational speaker. Roger’s transformational message gives organizations the ability to turn change into opportunity, rise above adversity and build a resilient mindset.  His remarkable life story is a powerful example that “Challenges are inevitable; defeat is optional.”

Inducted into the National Speakers Association Hall of Fame

Member of the Hall of Fame for People with Disabilities (along with fellow honorees such as Christopher Reeve, Helen Keller, and former President Franklin Delano Roosevelt)

He’s been featured on many national television programs and publications, including:

Roger is also a bestselling author whose books have been translated into 17 different languages. His most recent book Think to Win, The Power of Possibility Thinking helps readers embrace change, improve their mindset, and achieve breakthrough performances.